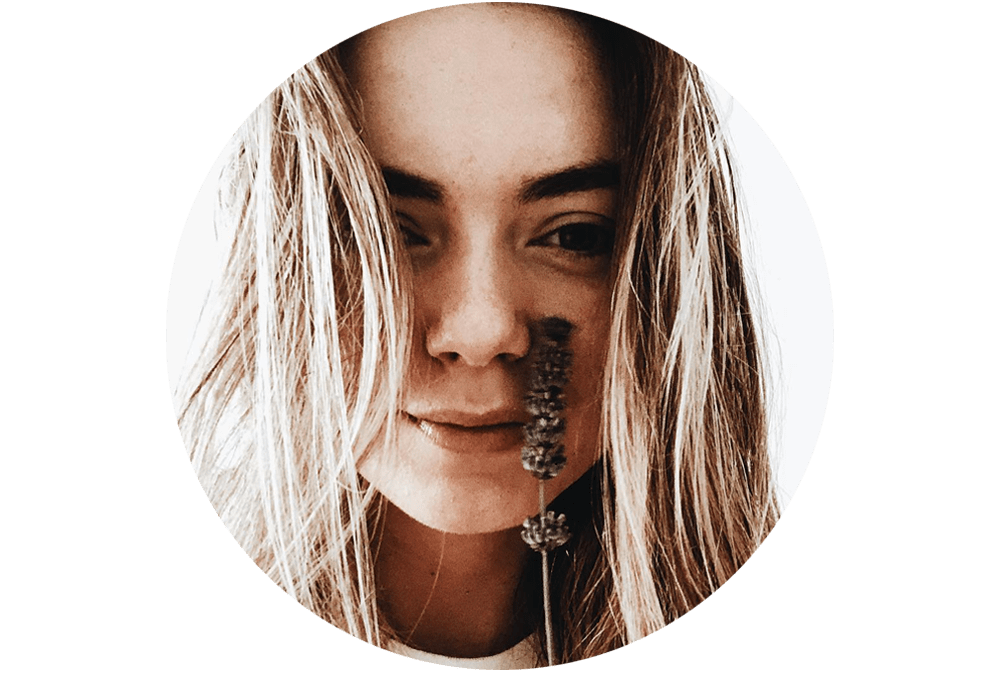 Listen to the full conversation:

“My recovery journey started about 5 years ago, when I was kinda thrown into therapy. When people ask me what my diagnosis was, I never know how to answer. At the beginning I really wanted that word, and I think a lot of people do when they first go into therapy. It does make sense that when you know what you’re suffering with, you can feel like you finally understand what’s going on. You can also feel like you have somewhat of a community because there are others struggling with the same thing as you.

I was depressed ever since I was a child because of my upbringing. In eighth grade it started to get really bad. I was really depressed and because of my depression my anxiety started, and it was so bad that I started hallucinating. Small things became so intimidating to me. When my Dad asked me to pick up my brother from kindergarten, I started seeing these little videos in my mind of me and my brother crossing the street and a car crushing both of us.

Then it continued with me thinking I could see things in my periphery and then looking to find nothing there. Then the first hallucination I had was when I saw these really disgusting arms in the crack of my door.

But those harmless hallucinations kinda got worse. I started seeing this man with dark, greasy, long hair and his face was kind of faded. A lot of the time he was holding a knife. He was either in my room or if I was in class he would just stand behind someone. He was always just looking at me. I got to the place when I was so depressed and so miserable. I just stopped showering and doing normal everyday things. That was probably the darkest period of my life. I had no-one to talk to. I think if I had just told someone it would have made it a lot easier, but I didn’t. I was afraid if I told anybody about this guy I could see, that he would do something to them…

I was literally scared to move. The grocery store, picking up my brother from kindergarten, anything was too much for me. Looking back it makes sense, but at the time I used to really put myself down for it. I was suicidal. I was hurting myself in almost anyway I could – mentally, emotionally and physically and I was just in my room. That’s all I did.

But I really connected with my therapist. For the first time I actually experienced somebody who was truly listening and caring in a really loving way. That was the first time that I even slightly realised that everything that had been happening up until then wasn’t my fault.

I started therapy in October 2013 and I went to a mental hospital in December. That was horrible, but I think it gave me a lot of hope. I was there for a few weeks. I hated how negative it was. At the time I’d been reading a lot of positivity and self-development. I’d started to develop a bit of a positive attitude and confidence that I could get better. Then I went to the mental hospital where everyone was without hope. I kind of bullshitted my way out of it by pretending that I was okay, which worked.

When I got out and promised myself that I was never going to go back again. I think that’s when my recovery truly began.

I’m a pretty impatient person, and I think a lot of people are when it comes to mental health. They think it’s black and white and suddenly you’re okay again. I think that’s how the media and a lot of books portray how mental health is. But it’s a journey and you have to relearn a lot of beliefs and talk things out. I don’t think there was a distinct day or time that everything was okay again. I was really consistent and motivated to get better.

When you start really diving deep and going through your issues, you start to realise how many there are. You heal one and then all of a sudden another pops up. It definitely got a lot better two years ago towards the end of my therapy. The point of therapy is that together you figure out what’s actually going on, which is usually childhood. Most of the issues we have today as adults are usually from there. Then they also help to give you ways to deal with that. That doesn’t mean I don’t have issues anymore, but I just learnt how to deal with them better.

“With self-love, I don’t think it ever ends. Just like if you have a romantic relationship, you never stop working on it unless you want it to fail. It’s the same thing with the relationship you have with yourself.”

Because I’ve been in such a dark place before, I don’t want anybody else to feel that way. I think I do all the things I do because I hope that it’s going to help someone, and that never stops. There’s not one thing you can do and now you’ve helped everyone, it’s an ongoing thing. And everything I do is because of that. I feel that when you are doing something that really feels right and it’s part of your intuition and purpose, you don’t have to try all these techniques about how to get motivated because it’s just something that you really want to do.”