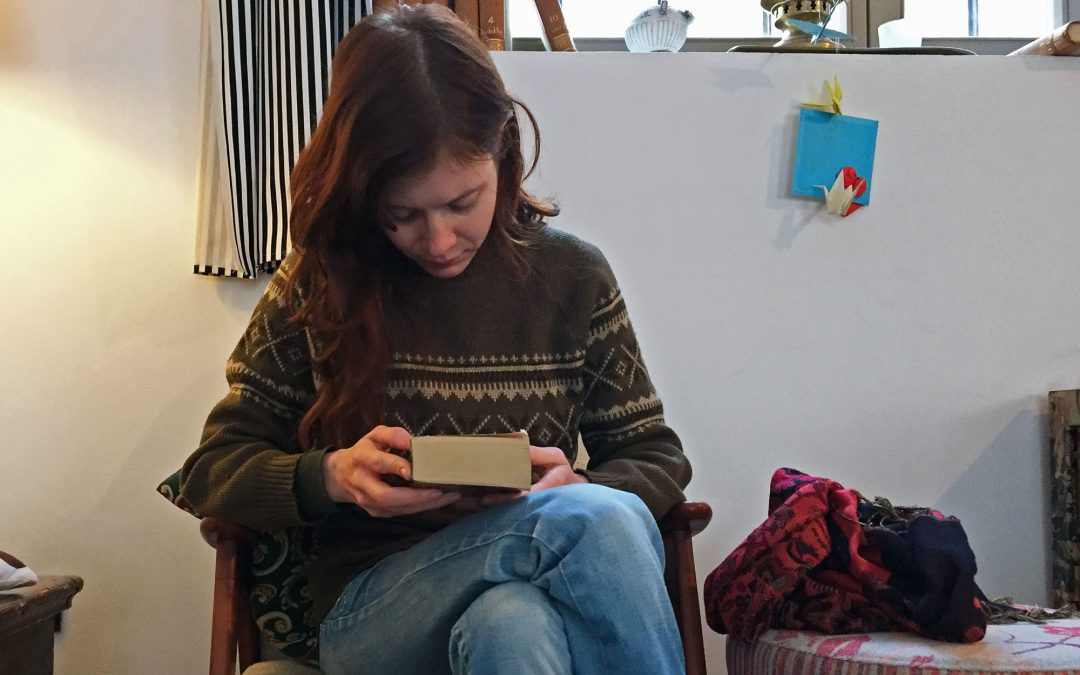 I met a guy called Yash in India. I just loved his energy. I loved his passion. When he decides to do something he puts 100% of himself in that. He’s never happy unless he’s given 100%.

It was kind of crazy. It was 28th December and my flight home was 3rd January. We had to decide if we wanted to be more serious because if we did then I couldn’t go home because then everything would just be over.

My parents have a farm in Slovenia and never really travel further than Austria and Croatia. It was already crazy that I had decided to come to India in the first place. So I had no idea how to tell them I wanted to stay. I basically wrote them an email saying that I’d come back to Slovenia after five more months.

I got really beautiful responses back. I was always a little bit different. My mother replied saying that she and my father wouldn’t be happy until each of their kids is happy. So they supported my decision…

I went to India for the first time in 2014. I went on an EVS project for six months. The first month was really difficult. I was the only foreigner there. I was staying with an old Indian lady. People are everywhere in India so it really feels like you can’t just stop and think.

The EVS was intense. I was working 9-6 and sometimes it took me 2 hours just to get to work. I was basically giving English conversation classes with adolescents from slums. They were really positive kids between the ages of 18 and 22.

They had a certain openness towards everything. They were like sponges and absorbing everything. They were so happy that somebody was taking the time to talk to them because they were always put down and presented in society as the ones who are below. So it’s not just English that you’re teaching them but you’re literally showing them that they’re worth something.

Right now I have no idea what will happen. I might go back to India in May because there could be a job opportunity. I’m not used to this spontaneous ‘we’ll see’. I have these days of ups and downs. And I have major problems with the small decisions.

It’s beautiful to not know where I’ll be in 2 months, but there’s a big part of me which is just not used to that.

It was a huge struggle for Yash and I in the beginning. We would think ahead and I would ask ‘and then what?’ and he would answer ‘I don’t know.’ In the beginning I thought it meant that he wasn’t serious and wasn’t thinking. Then I figured out that he’s just living in the present. This is beautifully illustrated by the way that many people in India perceive giving. They understand that right now I have this thing, and somebody else needs it, and I’ll think about whether I’ll need it again tomorrow.