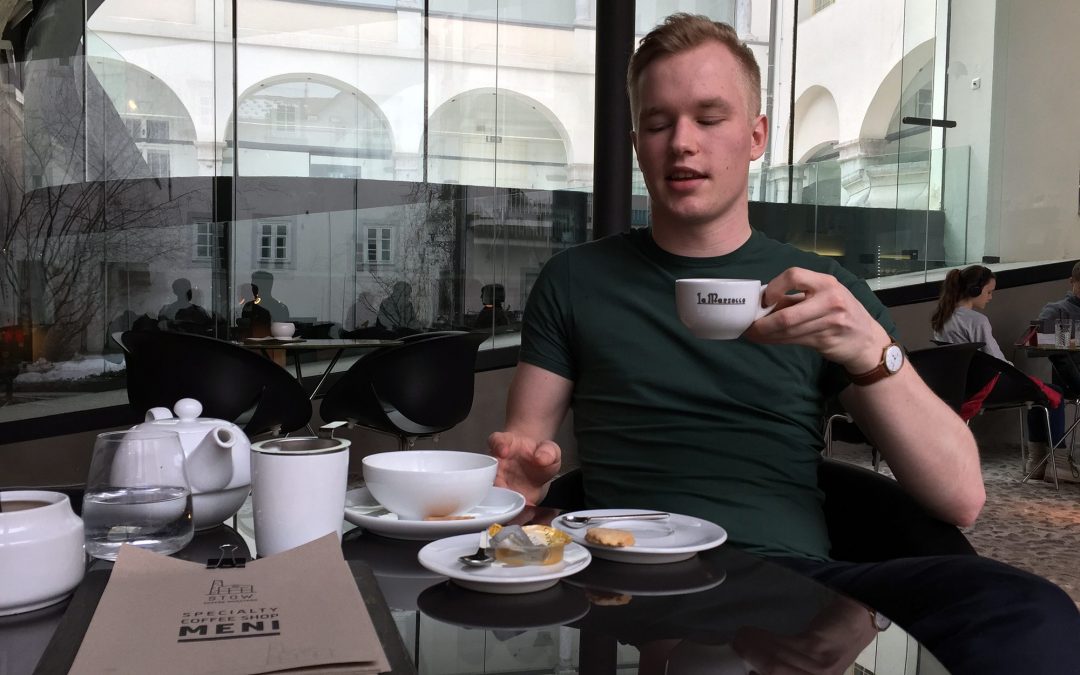 When I was little I was the odd one out. I was always the bullied kid. I got called a lot of things. I got bullied for my blonde hair. I had really blonde hair – almost white – when I was younger. I wore glasses and was the only kid in my year with glasses. My first three years there were a disaster. I got mad really quickly and I used to fight people in the halls. I also got red very easily so people called me Tomato-Head.

I didn’t have a lot of friends or anything, so I was at home a lot. My grandmother always cooked lunch and I got drawn into cooking. My mother baked when I was little and I decided to follow this career into food and hospitality because I didn’t know what else to do…

When I finished elementary school I said “fuck, that’s enough.” None of my schoolmates from elementary school went to the same high school, so it was a completely different story and so I decided to take a fresh start. I’d had nine years of that shit. So I changed immediately. I became more comfortable with myself.

I embraced the ‘faults’ that my classmates saw in me, and said to myself “this is me, take it or leave it’. I became prouder of myself. I stood up straight in front of a mirror and decided to deal with it. Every bully actually only expresses the thing on you to hide the insecurities inside themselves. I decided not to listen to them anymore.

I’ve had a few successes in my life, but I’ve never been in a relationship. That’s something which is really stressing me out right now. Why? I’m not the person who just goes out to a club to start talking to people. That’s part of why I want to go to a shrink to get to the bottom of it. I think it’s just the problem that all the people I’ve liked I became friends with first. That means I was always stuck in the friend zone. After that, I never felt I could do anything about it because I value someone’s friendship. I’m scared of losing someone of a friend.