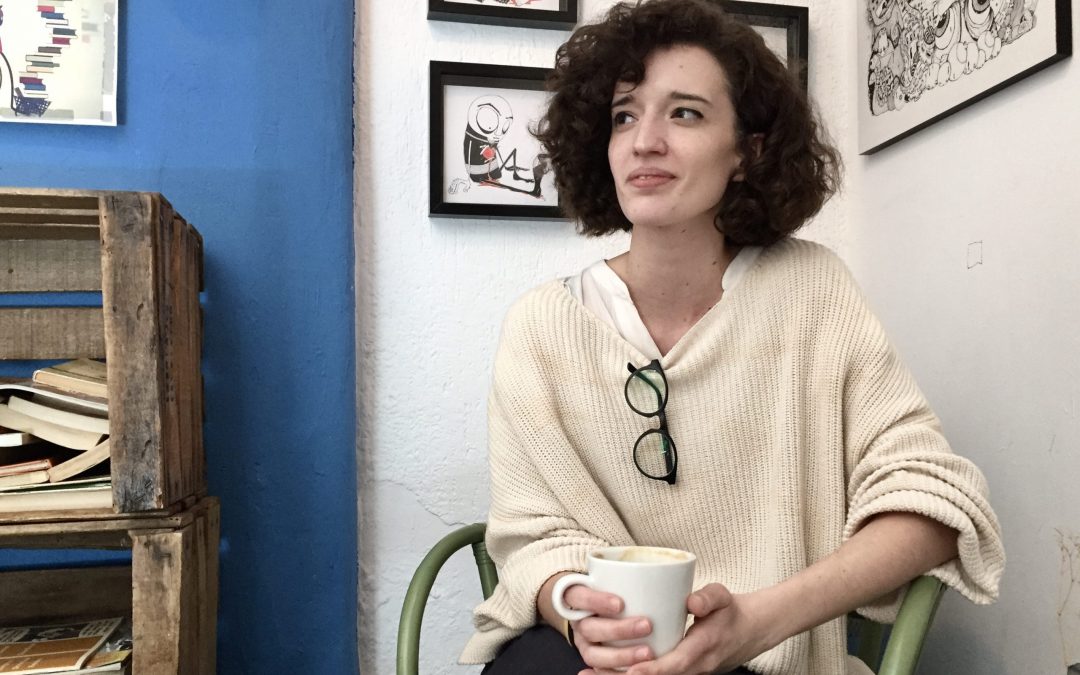 “I opened up an art centre with a friend this January. It’s definitely out of my comfort zone, but I would regret it so much if I didn’t do it. The hardest part has been learning to live with uncertainty. Some days you sleep. Some days you don’t. Some days you might have lots of people visit. Some days you have no-one.

To cope with this I’m trying to take the importance out of it. When I’m feeling crazy anxious and I can’t sleep at night I wonder what’s the worst that could happen. The worst is that I die or live on the streets. But that’s not very likely. When I realise that it makes it easier to deal with.

But that causes a problem too. If you do that, you start to take the importance out of things you care about. You can get quite apathetic when nothing is important. Life can lose a sense of purpose because nothing is that important…

I was raised Catholic. And I was really really Catholic. Actually, I wanted to become a nun. I was THAT Catholic. When I went on my Erasmus, where the normal thing to do would have been to party, I made friends with missionaries instead.

I basically spent Saturday nights praying, rather than drinking.

My group was full of people from all over the world and I realised how differently they lived their faith and how open-minded and healthy it all was. It was so different to what I had seen until then. That changed my perspective on my own faith, and so becoming a nun didn’t make sense anymore. Instead I began questioning everything I ever believed and started a new way of living my faith.

I think my decision to become a nun was an escape. I wanted to build my identity based on something, because I hadn’t figured it out yet. Well, I still haven’t. I wanted to make a decision and then no longer need to think about it anymore. It was partly an escape from the system, from the world. It would have been a completely different life. And I was thinking too much, and worrying too much, but this was a decision. It was something to commit to.”