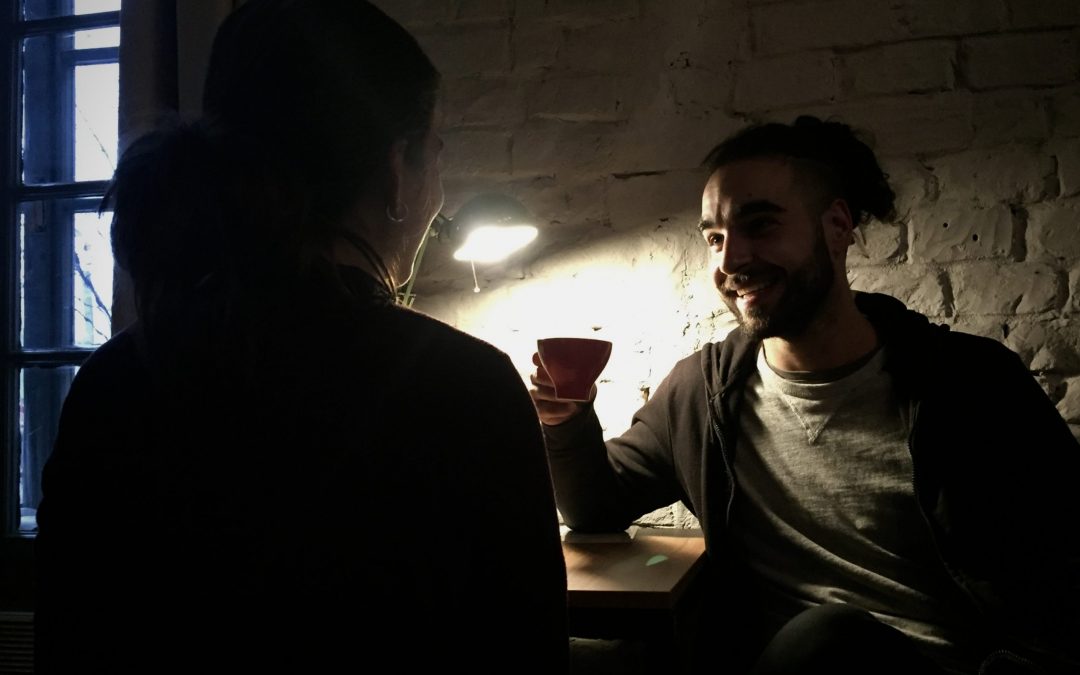 Lucile: “I left France when I was seventeen. I love going back to see my family, but I couldn’t live there. I don’t feel human when I’m in the “so-called” Western countries. It feels like we’re like animals in a zoo. We’re fed three times a day with the foods they want us to eat, and we don’t have a clue how to feed ourselves or how to find our own drinking water.

I moved to Egypt in March 2011. It was just a few months after the revolution there and my family were begging me not to go. But I was tired of seeing things on TV and being manipulated by them. I wanted to go and see things with my own eyes.

Egypt was chaos, especially in Cairo! But there’s a lot of peace in chaos.

We spend our lives pretending that everything’s okay, but nothing is. So when you are surrounded by chaos at least it feels honest.”

Milan: “I was eight when the bombing happened in Belgrade. The cool part was we didn’t have to go to school. When the sirens went off the neighbours would come to our place. My Dad put ladders over us kids so we had some protection if the building came down. We were all playing around and joking with our friends under the ladders and it felt a bit like a game. Our parents tried to protect us from what was really happening, but we could feel the stress of it all! I still hate the sound of sirens to this day!

This whole experience made me even more resentful of society.

What kind of world do we live in where you bomb people because they don’t think in the same way you do? I didn’t understand why we were being punished.”

Lucile: “We have to leave the system. This system can only work with the workforce and the blood of the people. If more people said “I don’t want to play the game” the system would collapse, but people just have to believe what they know.

We really don’t work much. We live a simple minimalist life. The less you need money, the less it becomes a thing to feel anxious about. Of course, we need to have some expenses every month. But if we grow our own food and source our own water, then we really don’t need much money to live.

One day, we want to move to the mountains. If we have children, we want to raise them outside of “society” so they can grow up with their own sense of freedom. We don’t want them to be addicted to phones or technology.

But if we live within this society, and we deprive our kids of the things everybody else thinks are normal, they’re going to be miserable.”