135 – At Decisive Moments I Let My Heart Choose – Stana 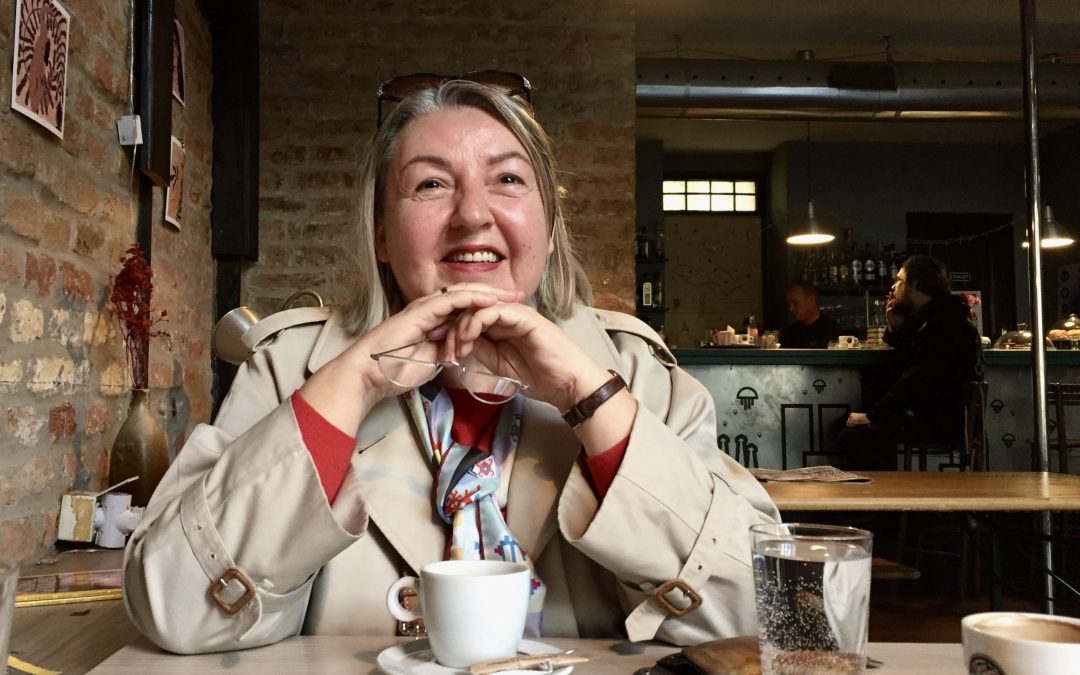 “I used to work as a translator/interpreter. I worked for the American Embassy for some time and the Australian Trade Commission, too. In the 90s all embassies shut down here in Belgrade. I remember the day before the bombing began and my acquaintances at the embassies were fleeing the country. They asked me if I wanted to go with them, but I declined. I decided this was just another part of my life I had to experience.

I had always been a big promoter of capitalism. So the 90s were challenging for me because of my faith in the Americans and British. For the first time in my life I had to face the fact that the side I used to adore wasn’t so friendly towards me anymore. I spent a lot of time and energy digesting that.

After a while we learnt to live with the bombs and sirens. We would go for lunch and hear a siren and we just continued eating…

The first time I had cancer it was discovered by chance. But we found it early and it was treated very quickly. After just a few months I was working and skiing again. The second time I was diagnosed with cancer it wasn’t so easy. I got depressed shortly after I was diagnosed. I couldn’t think clearly and I refused to do anything. I went on like that for four months, and of course the situation worsened during that time. But at one point I realised it was time. I had to do something!

This second experience with cancer made me start seeing things differently on a daily basis. Nowadays, when I get frustrated with things in life, I just think of all those people I met in hospital who have now passed on. That makes me grateful that at least I’m alive and I still have today.

I don’t have many regrets. I think what’s really helped me in life is that I let my heart choose at decisive moments. If I felt frustrated for more than half a year, I never stayed in that job or that position. And that’s why I’m grateful for the life I’ve lived. I never lived with a level of frustration for long.

I’m 71 now, and there’s one thing I can say for sure: You can’t possibly please everyone! So if you’re intelligent enough, you needn’t waste your time trying to do so.”