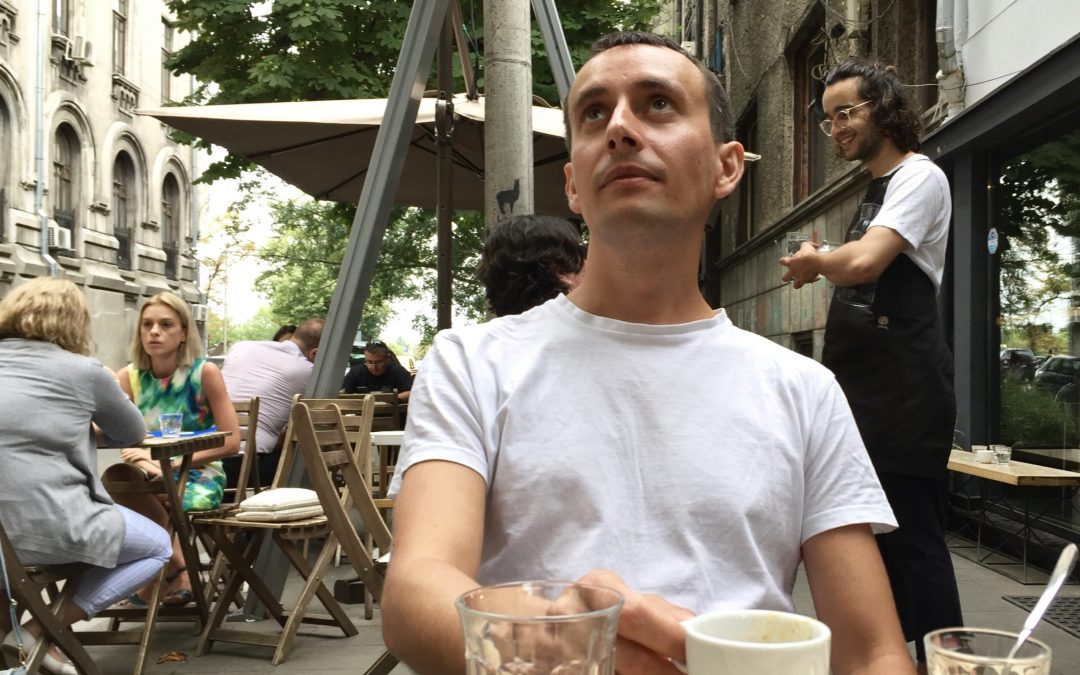 “I struggle to get on well with people. I’m not nice at all. Most of the time I ask people really undesirable questions. I usually ask things that are really extreme and basically on the verge of what’s acceptable. But, this is just to test the limit. Maybe it’s mean, but it helps me learn a lot about the person. I don’t have enough time in my life so I need to test things out and fail quickly rather than waste my time on the wrong people.

My childhood made me quite shy. I lived in a small town surrounded by people who were not from our culture. There was some kind of tension in the town and my parents told me to never go out and play with the other kids. I didn’t even go to kindergarten. So I grew up alone.

Nowadays, I’m the “yes man”. But that often gets me in trouble! I’m up for any stupid idea. For example, I have a random story. I was once in a pub in Dublin with a crazy Irish man. He told me a group of them were going to sail from Dublin to Spain using only wind power and he asked if I wanted to join them. I replied “yeah, why not?”…

It took us about five days to get from Ireland to Spain. One night at about 2am I saw a dolphin circling the boat. First there was just one, but then more and more emerged. Eventually there were ten or more of them circling and playing with the boat. And in that moment I had this mad idea come to mind. I wanted to jump into the water and swim with them. It sounds crazy, and I’m not sure if it was exhaustion or the sea salt that made me think it, but I was totally serious! Thankfully, there was an old man on the boat who eventually stopped me before it was too late.

I don’t think I’ve ever been in love. I’ve never had that true feeling of love for anybody. I just don’t care that much. I can’t totally engage at a deeper level and I don’t feel intimately attached to people. I don’t know why. That’s a part of me I want to explore.”