123 – The Alternative Is Living In Hell – Ovidiu 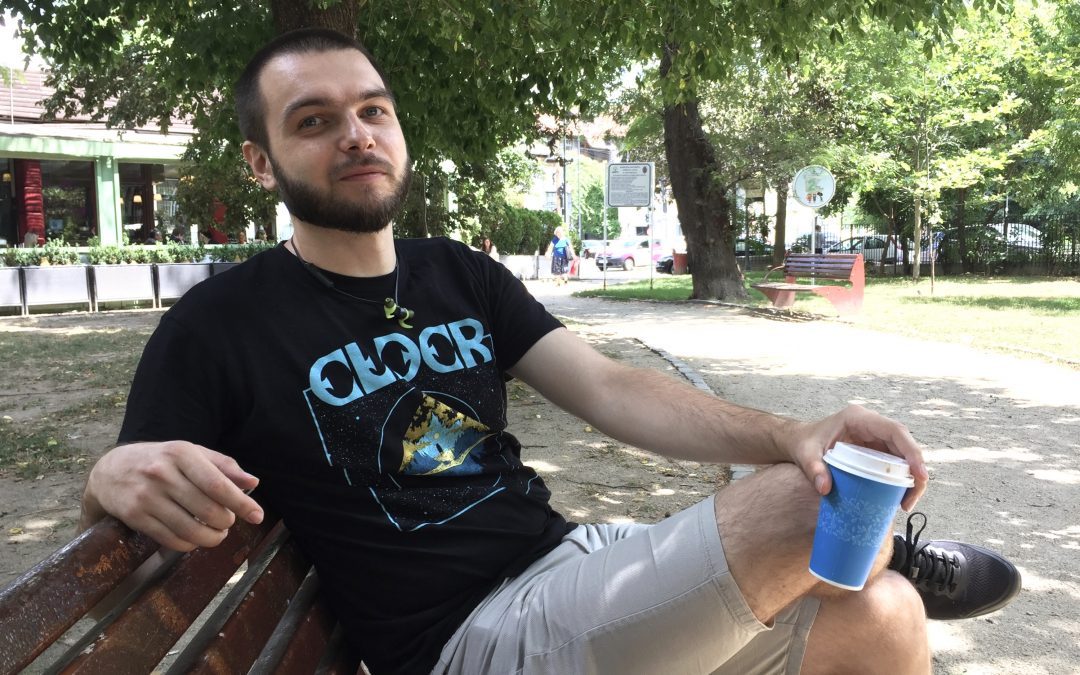 “I had a crisis recently. It’s like when you have overdue bills and everything comes all at once. I didn’t like how I was living my life, I didn’t like how I behaved, I didn’t like who I was and what I was doing. I was scared. I was anxious. I didn’t take charge. So I got into a really bad depression and broke up with a girlfriend I’d been with for five years.

I needed some time away from everything. I needed to detach myself somehow. I had been going to therapy for three years before this crisis began, and yet it felt like I was still going nowhere. I had learnt a lot about myself, and a lot of unconscious stuff. I’d mapped it, I’d argued with it, I’d analysed it, I did everything short of actually applying it!

I was really low. I mean, let’s talk about suicide for a second. Suicide doesn’t necessarily mean that you want to die. Sometimes it just means that you’re sick of yourself. I just felt totally sick of the situation I was in. And when you’re like that it feels like you can’t actually talk to anybody about it because they just get scared. I don’t think I was ever actually going to go through with it, but it was still a horrible place to be…

Recently, I was able to convince myself that I’m actually able to fend for myself in this world. I learnt that lesson in phases:

Phase one was simply realising that I didn’t like myself. So in order to combat that, I began telling myself “I love you” whenever something stressful came up. And I would describe the things I loved about myself. But after a while, it started feeling fake because I didn’t really mean it.

I didn’t know what it meant to love myself.

Phase two was the complete opposite. I became the voice that told me all the crappy things about myself. I voluntarily told myself the nastiest stuff imaginable. I was really horrible to myself.

But after a while, I noticed that nothing was happening and so I stopped taking these judgements so seriously too. It was exactly because I allowed myself to go to both extremes that I found that neither were inherently true. It helped me to realise that both my good thoughts and bad thoughts aren’t real.

How you interpret the things that come towards you will affect the way you react to them and the meanings you assign them. At my worst, I was essentially the same person as I am today but I was focused on my anger, my frustration, and all the negativity.

Therapy turned me around. It made me see the positive aspects of life. It wasn’t that I learnt to see them in therapy, but it taught me about how important it is to do so. The alternative is literally to be living in hell.

Family, friends and love are the real cure. Therapy was really important but ultimately I see it as someone holding open the door for you to let love in. Therapy isn’t always accessible. I had a fortunate set of circumstances which led to me being able to go. But almost anyone can decide to surround themselves with good people!”