121 – I Feel Like I Disappoint People – Ana-Maria and Ana 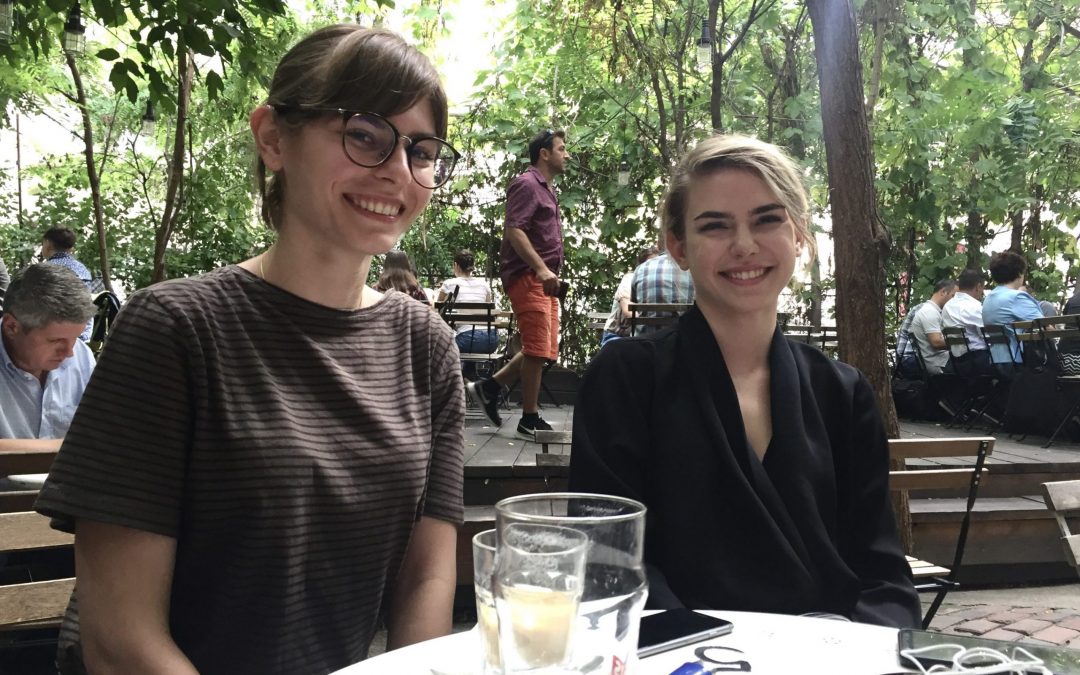 Ana-Maria: “We’re best friends. But I don’t even think we match. We’re really different but that also feels like the key part of our friendship. With her, I have different types of conversation than I have with almost anyone else. We know what buttons to press and we kind of understand each other without words.”

Ana: “Right now I’m crying a lot. My ex-boyfriend and I broke up a few months ago and it’s still not going well. I go to uni in England but I don’t really feel like I have a true connection with people there. Life’s a bit lonely.

I feel like I disappoint people. Or I’m not good enough. This is related a lot to my break up, of course. We were together for two years. And although I couldn’t really put my finger on these feelings, I think I had them the whole time. Recently they came to me all at once…

Even when someone says something positive about me – if they’re telling me I’m great and that I shouldn’t worry so much – I still don’t believe them. I judge myself a lot.”

Ana-Maria: “What if it was me? You wouldn’t judge me like that would you?”

Ana-Maria: “I told her recently that I cringe about many of the things I’ve done in my life but I’m trying to accept that I was a different person at the time. I had a different personality and less experience. I’ve learnt to be more accepting. A lot of it began with my boyfriend. We’ve grown together. As I learnt to accept another person as he is, I also was able to accept things about myself too. I didn’t want to feel messed up anymore.

Nothing’s perfect. And it never will be!”