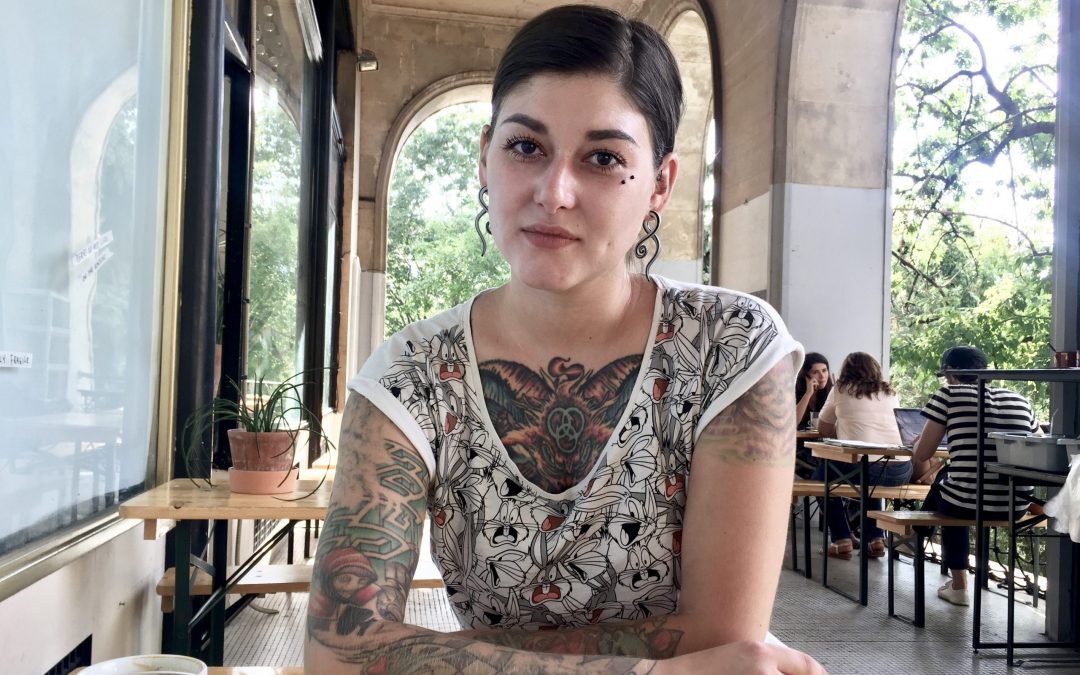 “My teenage years were probably some of the best times for Russia. The price of oil was good and you could earn money easily and afford many things. I had the illusion that I was going to live a happy life, build my career, have a house and stuff. I was a bit of a rebel. Once, I just sent my Mum a message saying “I’m going to Saint Petersburg for a couple of days. Don’t worry about me!” Then I turned off my phone and off I went. I was a horrid daughter.

As a teenager, you always need to be a part of some subculture or something to meet like-minded people. I was part of an underground subculture who liked piercings and tattoos. We listened to rock and metal music! I was really young at the time – maybe just fifteen or sixteen. I was probably the second or third girl in all of Russia to split my tongue. It felt like a freedom. I knew how I wanted to look and I didn’t want to be questioned about it…

I’m trying to leave Russia. It’s a dictatorship and I think it’s getting worse and worse. The economic situation is okay, but in terms of freedom, or freedom of speech, there is nothing. We have a Russian Facebook and if you post something against the government you can go to jail.

To tell you the truth, it’s not that I actually want to leave Russia. I was born in Moscow, I grew up in Moscow, I have a good network of friends and family there. I love my culture, I love my language. But I’m being forced to leave because I just can’t live there under these conditions.

If you want to change something you have to go and fight for your rights. But in my experience, it just feels like nothing is going to change. And to tell you the truth, I don’t want to fight for my rights. People have to be united for that.

I’m trying to feel grateful for what I have. I’m pretty healthy, I’ve got two legs, I’ve got two arms, I’ve got a good relationship with my parents, I’ve got good friends and I’m travelling and exploring right now. So right now is hard, but I think it’ll only be hard to a certain point. After that, I think it’s going to be alright.”