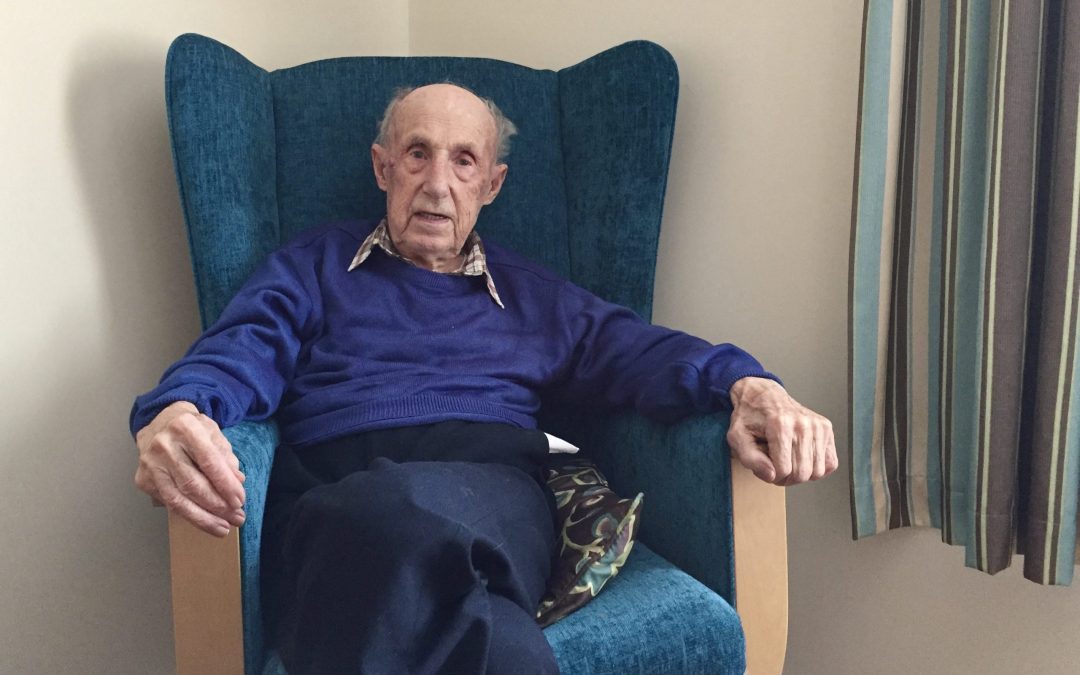 “I spent four years in the war. It was terrible. I was eighteen years old at the time and I became a flight engineer on the Lancaster bombers.

We were apart for four years in the beginning which also had a big impact on us. She was was a cook in the Air Force and was based in Scotland and I was in Durham. We used to meet every three months when we first got married…

I never knew if I would be around tomorrow.

I lost a lot of friends. Back then, you didn’t make friends all that much because you didn’t know who would still be around the next day. You lived for the day. But that’s not a problem nowadays. You expect a tomorrow, whereas we were forced to live for today.

I used to do a lot of jobs in my retirement. I’d help paint houses. I always found something to do. Time never stood still. I was happy right up until the point when I lost my wife. Everything was alright until then. We used to go on cruises. We’d go on lots of holidays. After that, I realised that life was finished! I might as well sit around and wait for the end to come. I turned 96 in May.”