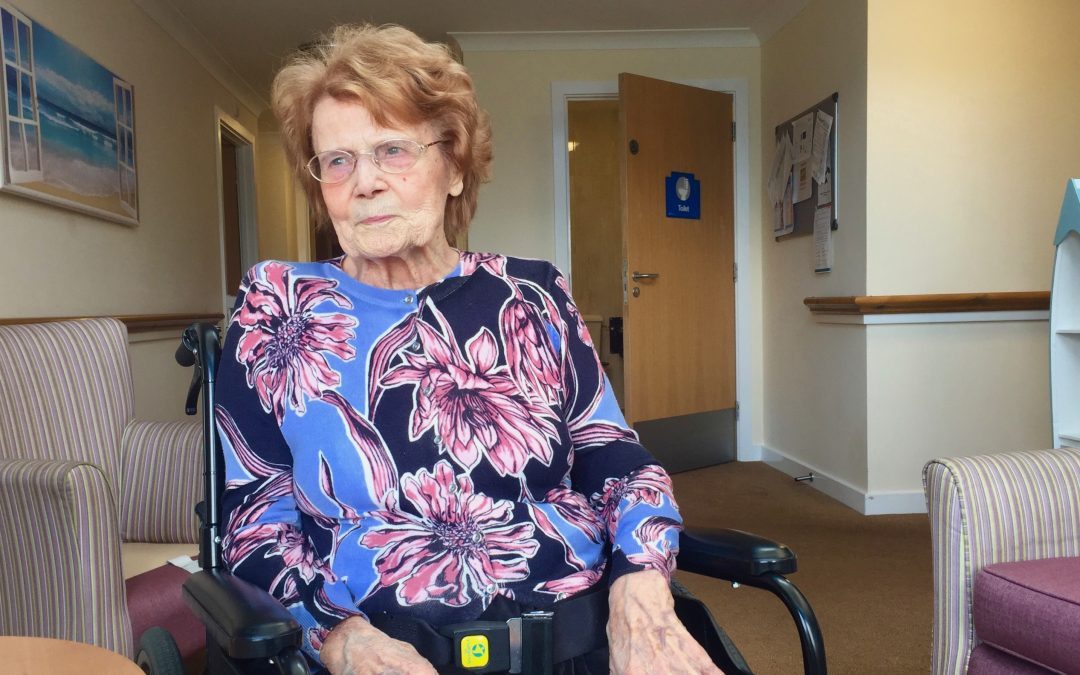 “I wasn’t looking forward to my last birthday because I shall go soon after. You don’t get to that age without toppling off the top. I keep telling people I’m 30 but I was 100 in August!

I was about twenty seven when I got married, something like that. I met my husband through his sister. We were friends. I was at her house one day when he came home from the army. He came in and he seemed like a nice chap. He was tall and well-spoken. I didn’t think anymore about it. I wasn’t boy-crazy. I never was.

My husband was one of the best.

He was thoughtful, he earned a good living. When I came home and presented him with my wages he asked me why. Instead, he told me that I worked for it, I earned it, and so I could spend it! Of course, he didn’t need to tell me twice. I loved buying myself nice clothes and shoes.

He was honest. I admired him. He would help me with the washing up. If I wasn’t home from where I was working he’d have the dinner going. All that counts.”