114 – We Have To Care For Others, Not Just Ourselves – Ahmed 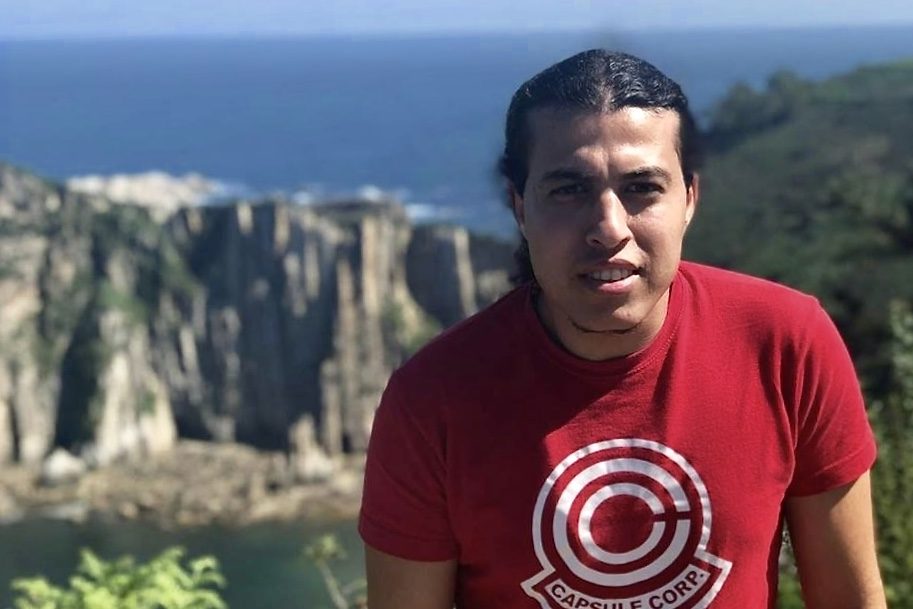 “When I was about eight years old I remember seeing on TV about the little boy with his father who was killed on the Gaza Strip. I was just a kid at the time. The boy was barely older than me. I couldn’t comprehend why he died. It didn’t seem fair. And that unfairness stuck with me.

In Egypt, I come from an upper middle class family. My life was good because my family had money. I had everything I needed. I could have gotten married and had quite an easy, comfortable life. I didn’t need to fight for it.

But I left Egypt four years ago. I’ve worked as a Human Rights Defender for Amnesty International.

I had this realisation that we have to care for others and not just ourselves. With human rights you are working on something really important. You’re there to change the world.

We didn’t have democracy in Egypt until 2011. I joined a movement in 2010, just before the Egyptian revolution. We wanted people from all over Egypt to come together in protest. And more people came than we could have imagined!

Millions across Egypt came to the protests. We wanted one country for everyone. I’m a Muslim, but I want a democratic country. Not one only for Muslims or for the military. We protested for eighteen days. We had a dream and wanted to change things. Finally, on 11th February, the president resigned.

I do make mistakes. Everyone does. But if you work in something as important as human rights you have to make as few as possible. Other people’s lives depend on you. It affects my personal life. My work is international so I often have to get up at 4am to take a call. Or stay up all night until something gets done. My ex-girlfriend and I broke up because of how much I worked.

I haven’t seen my family for four years. I left my country and all my things for my work. And I can’t go back now. If I do, there’s a chance I’ll go to prison due to my work. I’ve sabotaged my own life because I believe in what I do.”