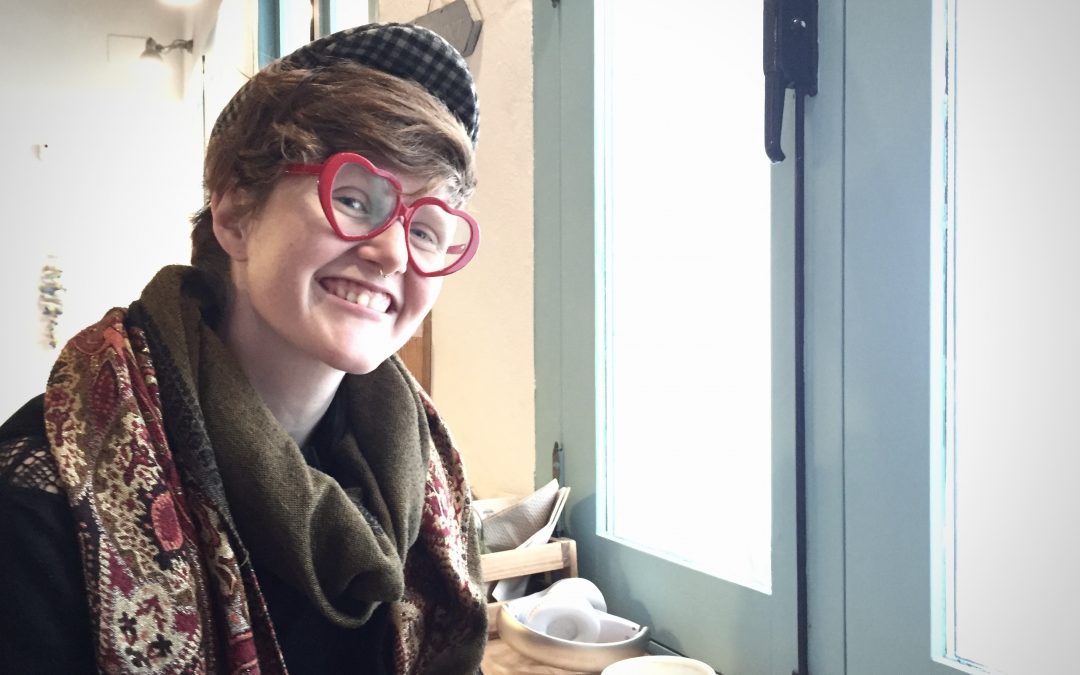 “I don’t feel very attached to my nationality as an American. I think it’s arbitrary, it’s made up. We were born there, we were given a passport, and that’s it. Of course, you’re often raised where you were born, so you inherit certain cultural norms and language which help form you, but that wasn’t your choosing. I think later on it becomes your choice to change that and explore other ways of being.

I grew up in a conservative Christian family. I was born in that way, and I was raised in that way for a number of years. Then there was a point when I was still committed but I began having doubts. I started meeting people from the LGBTQ community, and my church was telling me that they were wrong. That they didn’t deserve love and they didn’t deserve marriage.

I used to stick up for the LGBTQ community by saying “they” deserve love, “they” deserve to have a partner. But I think I was subconsciously trying to stick up for the feelings I had within myself. There were monsters of self-hatred and self-denial that had formed through my experiences and education growing up. I needed to break those down before I could even think about having relationships with other people.

Something that was quite pivotal in my life was accepting my sexuality, accepting that I wasn’t fully straight, like the way the church raised me to be…

I was programmed in America to fear the Middle East and Arabic. I remember when I was a teenager and I heard Arabic on a New York subway for the first time. I felt a real, visceral fear inside of me. But when I noticed that, I felt terrible and questioned what I was feeling. This is a language, why am I so afraid? He was wearing all white, suggesting he’d just come from a Mosque, but that image, that sound, was programmed to mean terrorist. I have learned to question “why” whenever I feel fear. I’ve learned to ask myself if I’m really in danger.

Last year, I spent three months in Palestine volunteering on farms and teaching English. Mostly I was just listening to them and trying to spread their stories. If I’d listened to everything I’d been told about Palestine, I may have been afraid to ever visit. But thankfully I did meet them. I saw their eyes, I was fed by them. I was treated so lovingly.

I guess I have a lot of trust in humanity, or at least in the human spirit. I know that there are bad people, but there are a hell of a lot of good people everywhere throughout the entire world. And I want to see that beauty and I want to find it. I’m not afraid, maybe because of the deeply negative experiences I’ve felt in my life.”

I’m not afraid of feeling fear and feeling anger. I think that’s what makes the richness of emotion. If we just had joy, beauty, flowers and cute aprons, then it wouldn’t be as rich of a life that we live. We wouldn’t value these things as much if we didn’t have anger and fear.