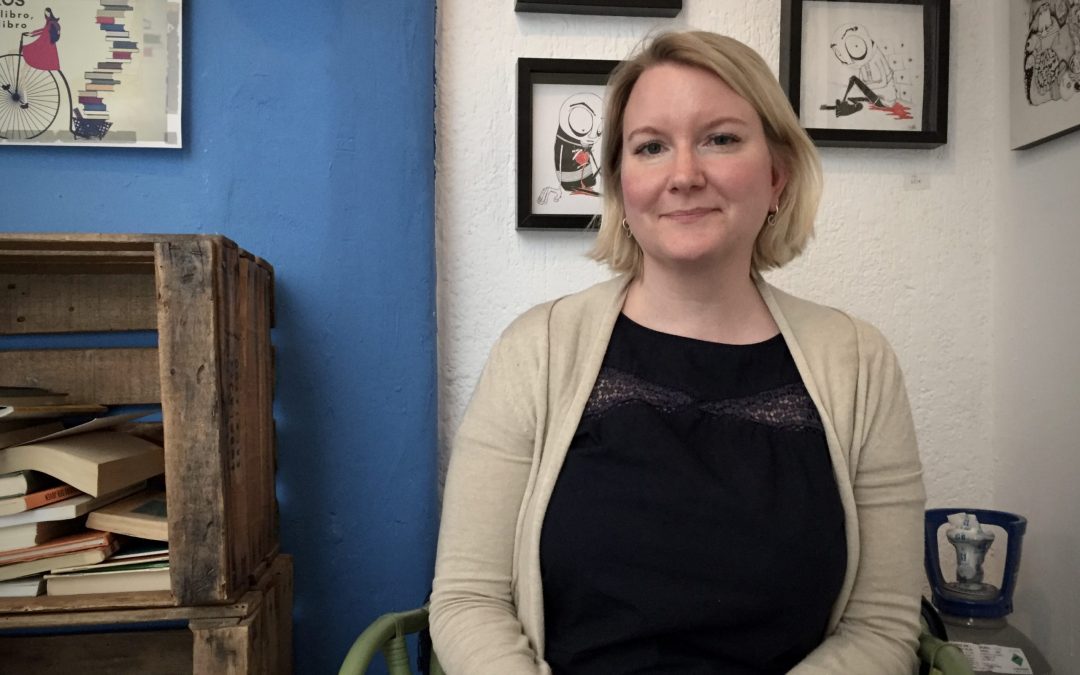 “We’re raising our son with four languages. I speak to him in Swedish, my husband speaks in Polish, we communicate in English at home and at nursery he speaks Spanish. He’s just two and a half.

We moved to Valencia when my son was very little. It was so stupid, but we just didn’t know how difficult it was going to be. In the beginning you’re so madly in love and you just keep telling yourself that it’s going to get easier.

I was thirty five when he was born. I think if you’re ten years younger perhaps it’s easier to deal with sleep deprivation. It’s a huge physical challenge! I see friends with three kids who seem to be surviving and not complaining and sometimes it makes me think that maybe I’m just weak.

I don’t recommend that anyone moves abroad with a very small child. But, at the same time, I don’t regret it at all. If we didn’t do it when we did, we probably never would have. You start to get routines, you start nursery, you start hanging out with family and I think it would have been much more difficult.

Being parents is teamwork. You can’t be opponents. It’s hard on the relationship because all your attention is on this third person and you kinda forget about each other for quite a long time. It’s so important to find a teammate and someone you’d like to walk alongside for your life, rather than someone where’s it’s just passion or attractiveness…

My husband and I met six and a half years ago in a bar in Barcelona. He lived there and I was just on holiday with a friend of mine. It was the last night before we returned home. He walked into the bar and it felt like a moment from a film. I saw him and I was immediately interested.

After that we kept in touch. We’d talk on WhatsApp and Skype throughout the night, sometimes until 7am. We were in contact almost all the time. He moved back to Poland and so we’d meet regularly there. He’d drive four hours to pick me up from the airport and then we’d have a four hour drive back together. We’d arrive at about midnight on Friday night and I’d return to Sweden again on Sunday.

It becomes serious quite quickly when you have a long-distance relationship.

I think either it does, or you decide not to continue. Because we connected so much at the beginning, we never discussed not being together. It was very clear that we were going to be together but we needed to figure out what that would look like.

When you’re a mixed couple, it’s very difficult to live in the home country of either of you. With that comes the culture, the friends, the language. It’s so unbalanced. In Spain, we’re both foreigners so it’s a neutral ground to build our life from.

My husband was great at helping me like myself. He kept questioning why I was so hard on myself, and he would tell me how amazing I am. He helped me see what was good about me. I didn’t like myself much at the time, but he did. And he likes himself. So that was a big lesson he taught me.

I think we complement each other. I get stressed out and anxious. I worry about the future. I worry if I’m a good enough Mum and if I’m doing well enough at work. I know that I can always do better. But my husband is the opposite. Nothing really phases him and he just gets on with it.”