099 – I Think Creativity Was Genetic For Me – Lara 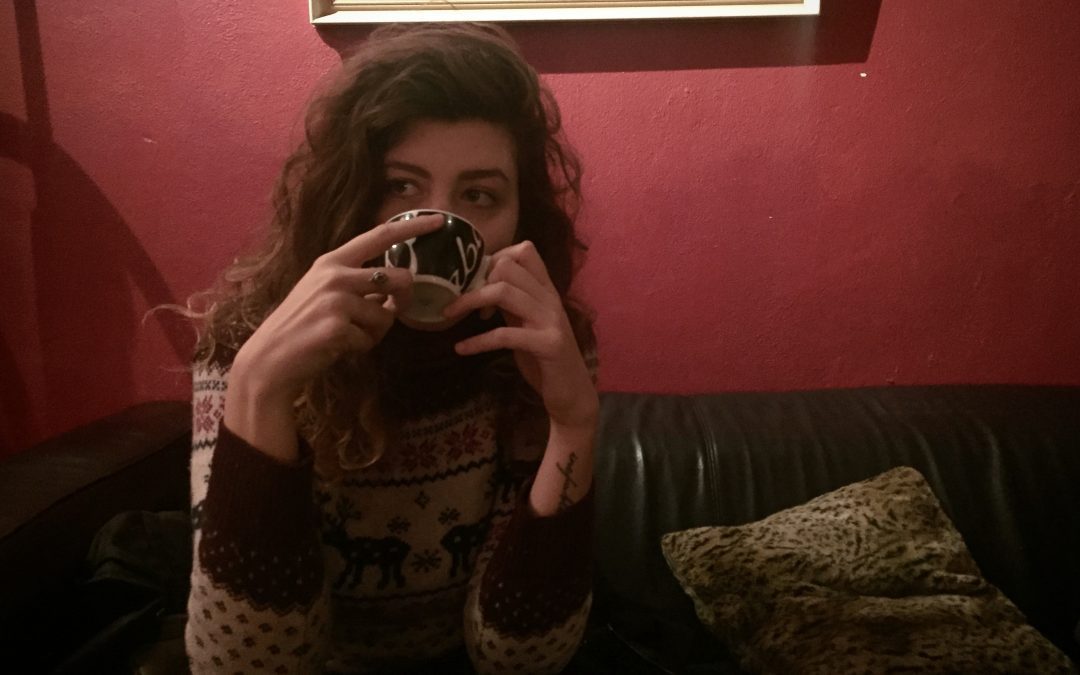 “I’m trying to figure out my life. I’m transitioning from being a student to an adult, and sometimes it’s not such a nice transition. The hardest part is simply that I’m thinking all the time. Or maybe I’m overthinking it and worrying too much. I think about what will happen in five or ten years.

I think creativity is genetic for me. I was in a creative environment since I was a kid. This kinda started with my Dad. He finished costume design and as a kid I grew up knowing I wanted to do something with design. Life as an illustrator and graphic designer was great, but most of the time you’re working in alone.

I’m mostly working with costumes in theatre now. It’s interesting because it means you have to be a psychologist as well. People have their own body issues and other issues you may not be aware of on the surface, so you have to really be very patient when working with them. It’s important to stay true to your ideas, but sometimes you have to compromise a little…

If my image of them doesn’t align with their image of their own body, then there’s nothing I can do. I’d rather listen to them and find a compromise, than be stubborn with my idea and for them to feel bad in that costume. It always shows if an actor doesn’t feel good in the way they’re dressed.

I’m proud that I’ve stuck to my values and emotions and that I’m not trying to be someone else. I’m glad that I’m still grounded. I’ve always stayed close to my friends and surrounded myself with people I can trust; people who think like me. I’m trying to be myself and not change for other people or society.

It wasn’t always like that. When I was a teenager I was very different. I was always the weird kid. I wasn’t a typical girl and was more interested in guy’s hobbies. I had my dark, chaotic period of being into metal. It was a very pessimistic time. But I was lying to myself. All my friends were in that group and I was trying to follow it, but soon I realised how stupid it all was. It wasn’t me. I’m a happy person, I like to be happy!

When I went to university and started talking to more creative people. It made such a difference to be surrounded by other people who were into the same kind of stuff as I was.”