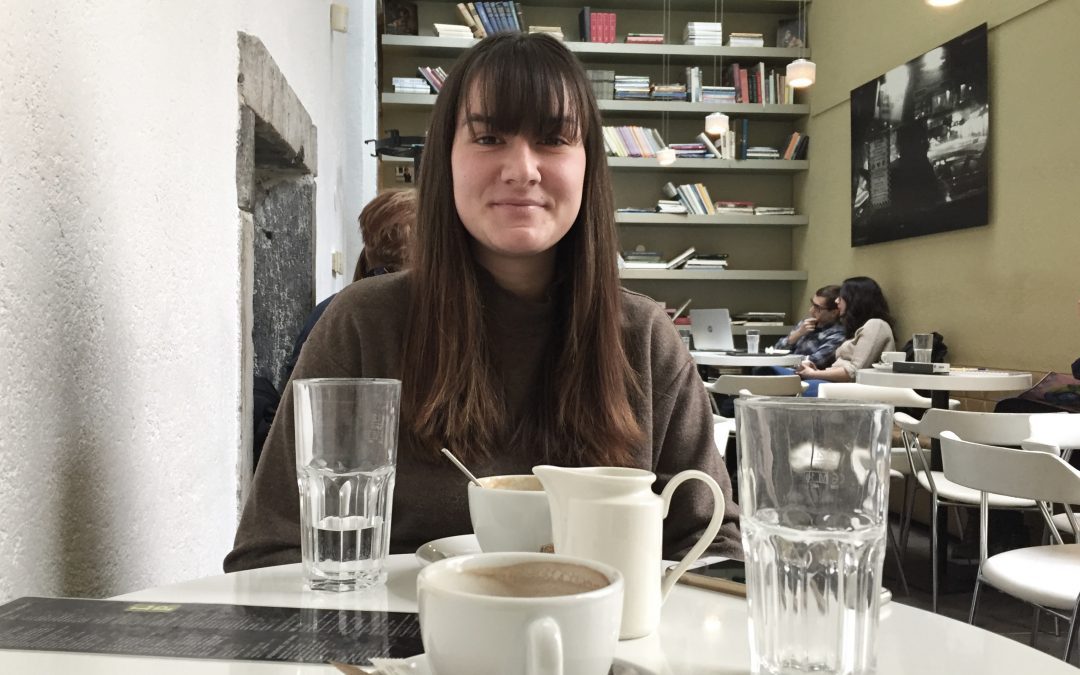 “If I don’t like the ending of a book I sometimes rewrite the last two chapters myself to make it how I would have liked it to finish. And sometimes I just overhear a conversation on a bus and it sparks something in me and I start writing.

I started speaking English when I was four. My parents enrolled in English classes for toddlers and I just started learning from there. I picked it up from TV and cartoons, so I’m basically bi-lingual. I think in English, I dream in English, and nowadays I can’t speak Slovene as well as I can speak English. I can express myself better in English than my own language!

The English programme here is very grammar-based. You have phonetics and morphology,  I could have probably passed, but I just don’t want to study this. I simply want to read and write. I stopped going to lectures because I felt like I was wasting my time. I decided to quit, and since then I’ve been accepted into one of the best creative writing programs in the US. I’m leaving for Iowa in August…

I feel like there are some people who are judging me because they’re studying something that’ll should bring them money and a job quite easily, whereas I’m pursuing creative writing which could go really badly. I may write for decades without ever getting published or making money from it!

I’m still scared, I’m not sure how it’s going to go. Everyone there will be three years younger than me, I’m afraid that everyone is going to be a better writer because it’s so competitive. I’m worried that when I go to study in Iowa I’ll discover that I wasn’t as good a writer as I thought I was.

I hope they’re not too harsh at the very start because I’ll probably have a breakdown.

It’s hard to find your voice when it comes to writing. When I’ve just finished a great book, and there’s a particular writing style locked in my head, I catch myself writing something and realise that I probably wouldn’t have written like that a month before.

I’m afraid that my writing will always feel like I’m pretending, or lying, or imitating.

I’m concerned that I’ll start writing just so my professors will like it.

Thinking about that and how much I’ve changed over the past few years, I think about how many of my past selves have died. It’s weird to think that a part of me has already died. A part of me who cared too much about what people think – she’s gone. And my naive childhood self, she’s also gone forever. It’s weird to think of yourself as multiple selves.”