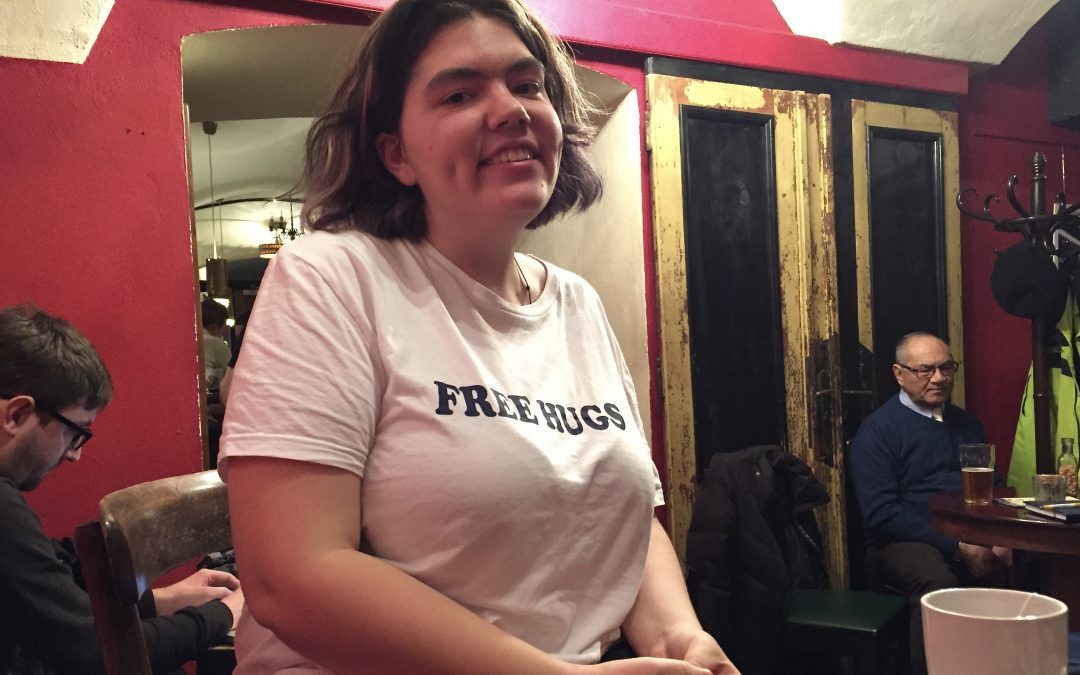 “I actually have a sort of autism called Asperger syndrome. I remember reading somewhere that people with Asperger’s are supposed to be introverts and want to close themselves away but I decided I didn’t want to be like that. When I was young I forced myself to talk to people.

I noticed that some people were spending time with me because they felt sorry for me, but I don’t feel sorry for myself. I have may have Asperger’s, but you may have something else you struggle with. It’s part of life, and that’s what makes life interesting.

The hardest thing about having Asperger’s is people only know it from books. They have a very stereotypical point of view. People see people with Asperger’s and assume that you have to be good at maths and music. They have their own picture of me, and don’t really care who the real me is…

I’m just a teenager who is trying to somehow find my place in the world. I’m trying not to worry about grades too much.

I was in a mental hospital last January. I tried to commit suicide. My world became a mess and my teacher thought it would be a good idea for me to go. I was there for about two or three months. My school was great about everything. They let me take time off so I could get through my difficulties. They told me that school could wait.

They tried putting me on some medicine but my body had an allergic reaction to them. The antidepressants made me more depressed. It’s something I had to figure out without pills. They also learnt that I have bipolar disorder and my attempted suicide was linked to that.

When I first arrived in the mental hospital I really started to question myself. Initially, I was in the hospital for adults. The doctors there had no empathy at all. There were people who couldn’t even feed themselves. When I was transferred to the youth mental hospital it was better. In the evenings we had meetings where we’d just gather without doctors just to hang out.

The other kids in there started to become like family. We still meet each other to this day. We helped each other out, maybe more than the therapists in there, because it was some kind of connection. We come together once a month and talk about how the month was and how things are going in this “outside” life. When you’re in the hospital you’re in a safe place, you’re around people who understand you, and if you need anything you can just ask. But that’s not the point. The point is how to live with the problems you have in the outside world too: in school, in places where people may never understand.”