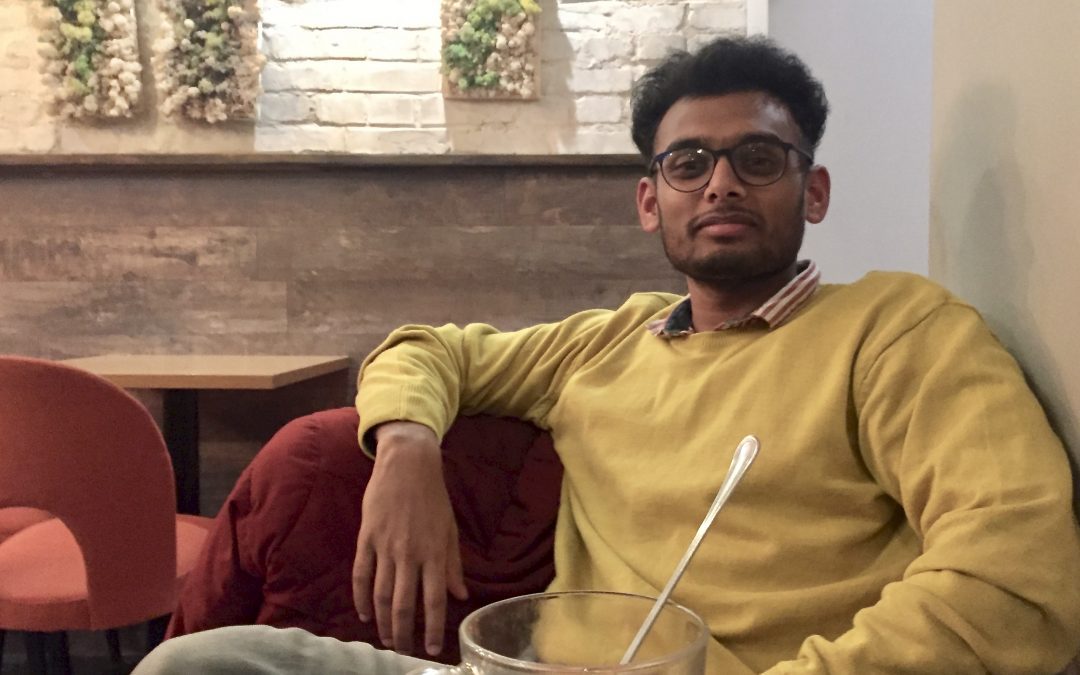 “My school life was pretty bad. In India there’s a lot of competition because 65% of the population is under 35. That means 750 million people are under 35. From sixth form onwards, a lot of parents won’t allow you to play games like cricket at all. And arts are definitely not allowed. You’re not allowed to go to any cultural events. Everything’s about studying or you won’t be able to get a job.

I was bullied in school. My name is actually “Chitty” and it means “small” in my language. People used to pick on me and call me small. All my school life was messed up because of it. At the time I was really short, so people used to criticise me.

I had a blade/knife and whenever somebody called me something I would cut their pants/shirts in retaliation. I used to get violent. I was really depressed and didn’t know what to do. After time people just stopped talking to me. They weren’t bullying me anymore, but they weren’t talking to me either. I was just left alone…

There were times when I went to sleep and I would literally cry for half an hour. I used to question myself and wonder why I was born like this. I had classmates who would get the girls and was able to get into relationships, but I wasn’t able to do something like that. Everybody treated me like I was inferior. I remember just thinking about how shit everybody was. After 30 mins or an hour of crying you have nothing left to cry about anymore. Somehow you become superior like you’ve got nothing to lose. You reach a point where you just think “fuck everyone else” and you just don’t care.