088 – In The Beginning It Was Really Tough – Jawad 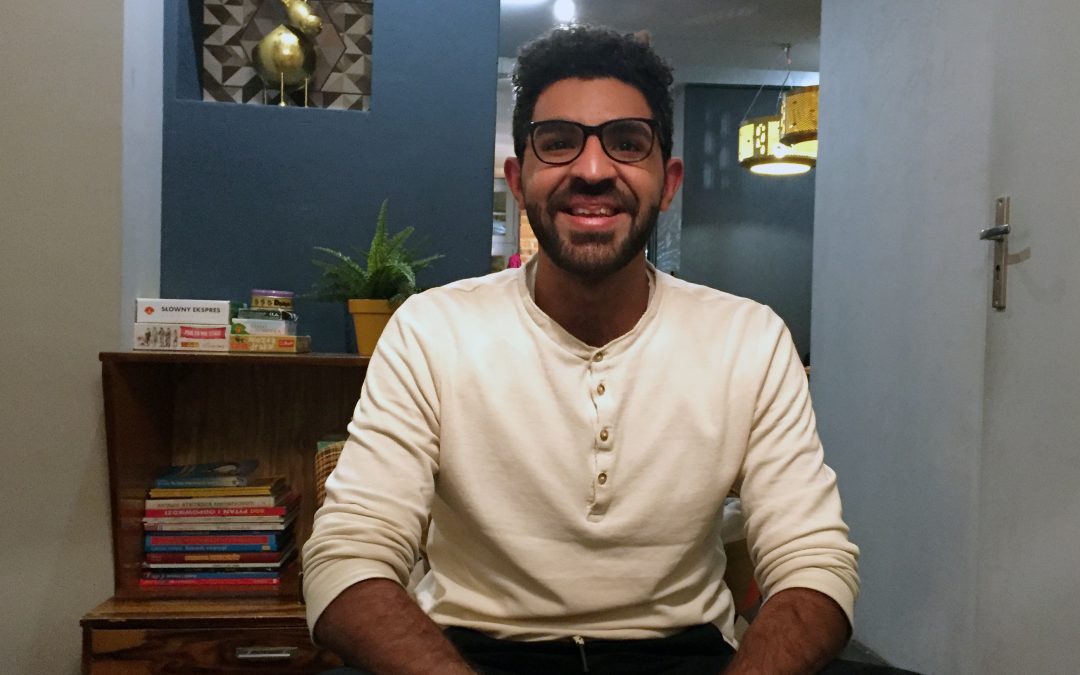 Last week I was in the gym. I’d just finished training and was about to get changed, when somebody came over and started cursing at me. I felt really embarrassed. Everyone was looking at me. I didn’t understand what he was saying. But this is normal for me.

Coming to Poland was really tough in the beginning. I’m not saying we’re not racist in my country, we have a lot of racist people. When I first came here five years ago it was really strange, people were looking at me like a virus. People here were used to having students from other countries but usually Swedish or Ukrainian, not Saudis or Indians.

I experienced a lot of racist situations. There was one where somebody punched me in the face while I was waiting at the pedestrian crossing. He just came to me and started swearing at me before punching me in the face. It was really strange. At the time I was afraid to go out at 7pm, but now it’s getting more open. People are opening their mind more.

A while ago I had this thought about returning to Saudi Arabia and having just a certificate to show for this time in Europe. I remember sitting at home and asking myself “what have you really done with your time in Europe?” I could have studied in Saudi Arabia and had the same outcome, so I decided I have to do something to use my time better. I want to do a lot of things. Someday I will start working and there won’t be much time to do the other stuff.

I have friends on my Snapchat and Instagram and I see them. I question myself “why can’t I be like them?” They do a lot of things, and I’m just staying in my bubble from the home to the library. I decided it was time to do something else.