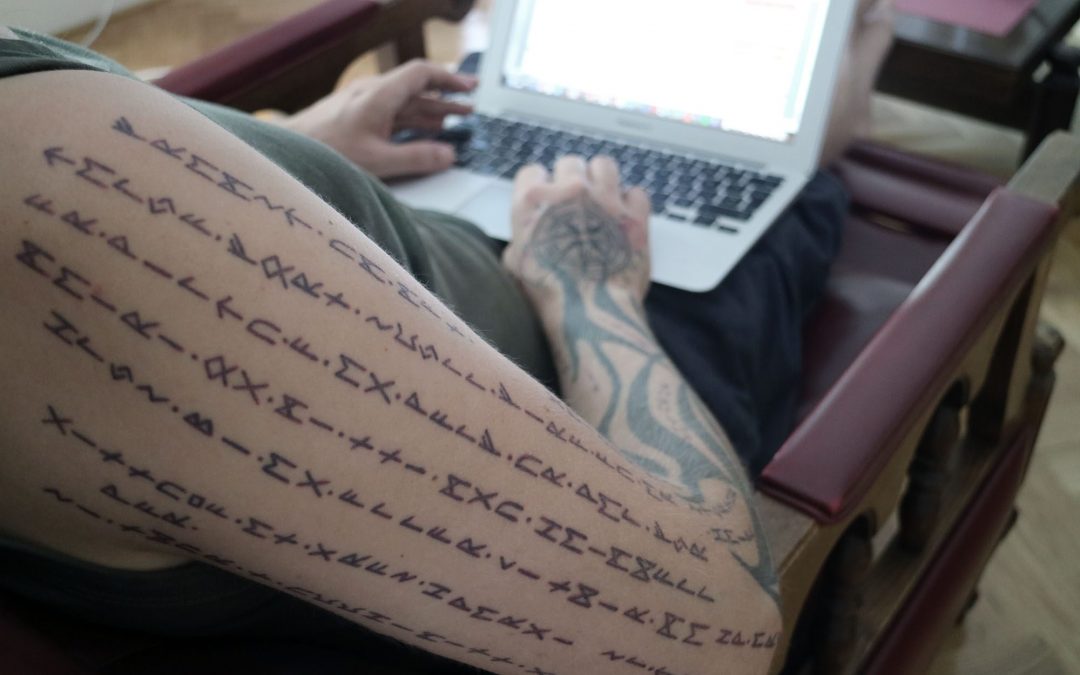 When people ask me what I do, I usually begin by telling them that I do as little as possible. If they persist I’ll tell them that I’m a writer.
I had just finished film school in 1999 and I was working as a contractor. We were extending a shopping mall and I was supervising a group of Italians who were fitting the marble floor. I would watch them work night after night, and then I would see the people arriving every morning to do their shopping. It was then that this sentence hit me:


“We are being harvested.”

But then I didn’t really think about it for many many years. I got a job at a TV station and started working in film and television, and I did that up until the financial crisis of 2008. This need to write had always been with me, just under the surface, but it was after the financial crisis that I had the realisation: “Hákon you’re 38 now, you need to do this!”

So I started writing. I wrote the book twice. And it was horrible! I really needed to write, but everything that I came up with wasn’t good. So I gave up.

And it was then that things really started to happen. 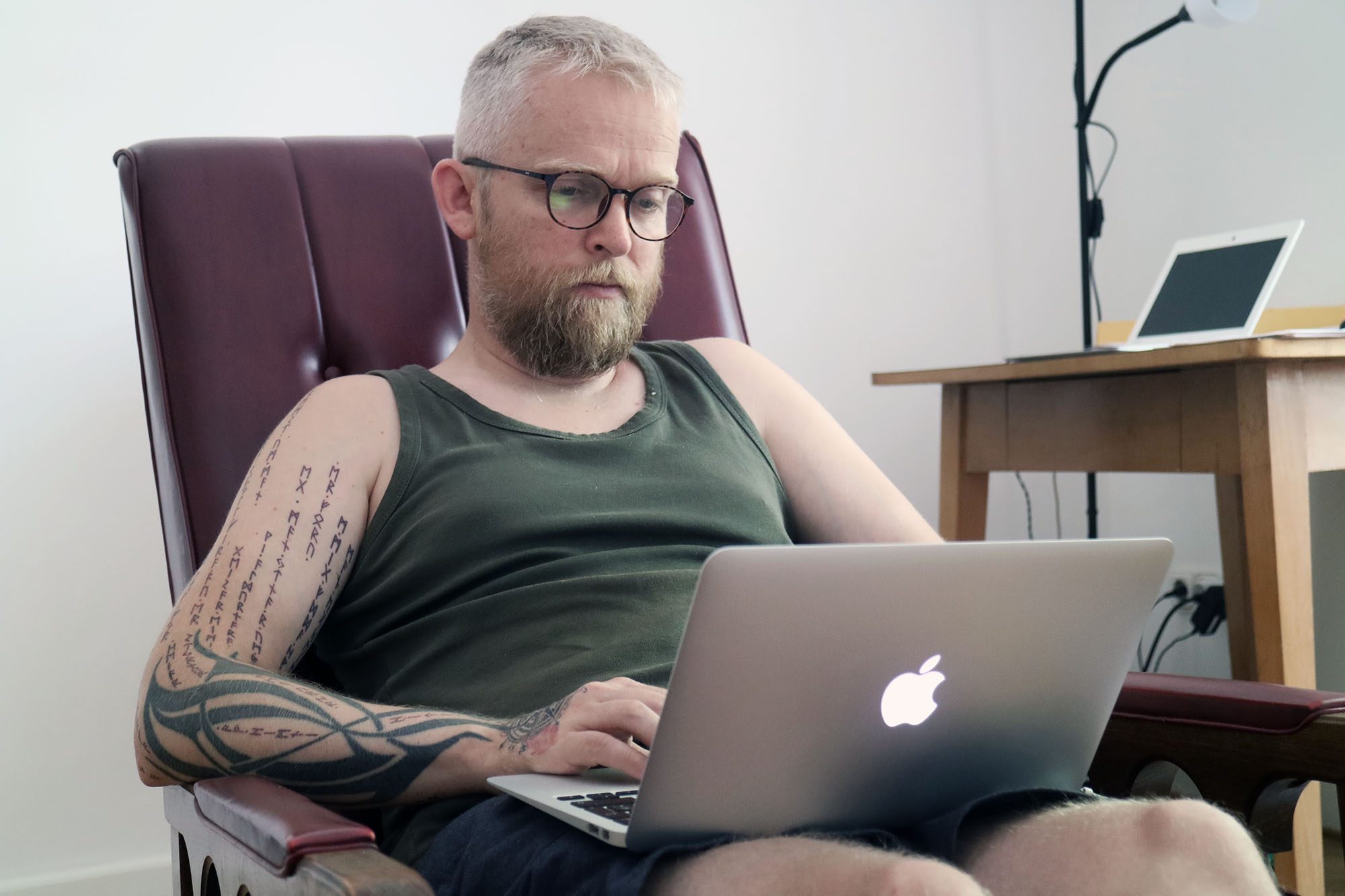 In about August 2014, I was eating in a soup kitchen in Reykjavik where people with mental illnesses gather to eat free food, and there was a woman there. She didn’t belong there. She was the benefactor of this organisation and she was rich. She was covered in jewelry and makeup. And she was obnoxious. I got really really angry at her. I probably shouldn’t have, since she was just a bitter old lady. I literally couldn’t stand her presence.

Later that day I spoke to a friend of mine who’s a poet, and he told me that I should do something with this anger, and I so I put together a short story about her. Funnily enough, as I wrote the short story, the characters from my previous writing attempts showed up. Then the next day I showed up again, and I just continued writing. I basically wrote continuously for four months.

By January, there was this knot in my stomach whenever I sat down to write. Nothing good came out. I struggled with this for about two months, and I had absolutely know idea why I couldn’t finish.

And you know what, he was absolutely right. When you write, there’s a well you draw from every day, and at that time mine was completely dry.

After three months I started writing again, and the words all started to come again without struggle.

When I’m writing, I typically wake up between 10:00 and 11:00. I have something to eat and drink two cups of coffee then I walk to the library. I don’t talk to anybody. My ambition is always to write 1000 words a day, but there are some days I can only write 500 words, and there are other days where I keep writing to 1500/2000 words so it all evens itself out.

“I find it extremely important not to molest myself in this process. If nothing happens after an hour or so you should just go and have an ice-cream or something.”

I usually finish after about 2-4 hours, then I’ll walk back home, I’ll eat something, and then I’ll spend the night doing absolutely mindless things. I try to avoid all human contact as much as possible during this time. The rule is no deep or meaningful conversations, and I try to dumb myself down as much as possible. I’ve found that being smart really doesn’t help at all. I firmly believe that it’s the subconscious doing all the work and that your job is to simply get out of the way.

Another rule is not to read good authors during this time. I did it once, and it absolutely paralysed me. I couldn’t work for two or three weeks afterwards.

A writer-friend once told me a very good piece of advice which is to watch a lot of the CSI TV shows while you’re writing. All these shows are structured in the same way, and it’s always done pretty well. It’s not like you’ll use exactly the same formula in your book, but it can influence your writing in a positive way.

I never actually talk to anyone about what I’m writing, because I find that it deflates the energy and magic of my work. I used to get ideas, and sit down with my friends to test them out, and nothing would happen afterwards. Your brain doesn’t really distinguish the difference between writing the book, or just talking about writing the book.

“There has to be a buildup of pressure, and you deflate it if you’re always talking about your ideas.”

For me the most fulfilling part is the writing. There’s an extreme sense of satisfaction when I stand up after a writing session in the library. It’s just completely fulfilling and in that time I really don’t need anything else.

I become really unpleasant to be around while I’m writing. It’s not intentional, but all the boundaries inside my head which make sure that I don’t behave inappropriately towards people, seem to disappear. I really don’t like being this person. When I have an idea which I’m trying to flesh out, I feel really vulnerable. I don’t like being around people during this time. I guess it’s almost like a mini nervous breakdown.

“A certain degree of melancholy is actually helpful for creation”

I’ve been seriously depressed all my life. It runs in my family. I self-medicated for a long time and I drank a lot. That didn’t go so well. It sounds a bit cliche, but I’m pretty certain that a certain degree of melancholy is actually helpful for creation. It can’t be too much though, because if it is you’ll never get anything done.

I take medication, but I don’t take enough medication to make me happy, just enough that I don’t top myself and show up for work the next day.

For me, everything in life is quite organic. I listen a lot to my body. I wouldn’t be with my girlfriend if my body said no. I’m a firm believer in intuition and bodily sensations.

About ten years ago I was introduced to a woman and when we shook hands my body screamed no. I’ve never felt it shout so loudly. But I chose not to listen to it. The woman and I fell in love and it was an absolute disaster.

I think I’m so aware of it because of the extreme depression. I had to spend a long time listening to myself and figuring out why I had depression and a lot of that is about noticing where it is in the body.

It also happens with writing. In my book there’s a man character and a woman character. When I started writing the woman, I was going to take a certain part of society and represent it through her. I was going to be really nasty to her. After a day of writing her like that I had this really bad feeling in my stomach, and I realised that it wasn’t going to work. I had to let her develop how she was naturally going to develop. Now she’s ended up being one of the main characters and the hero in the book. 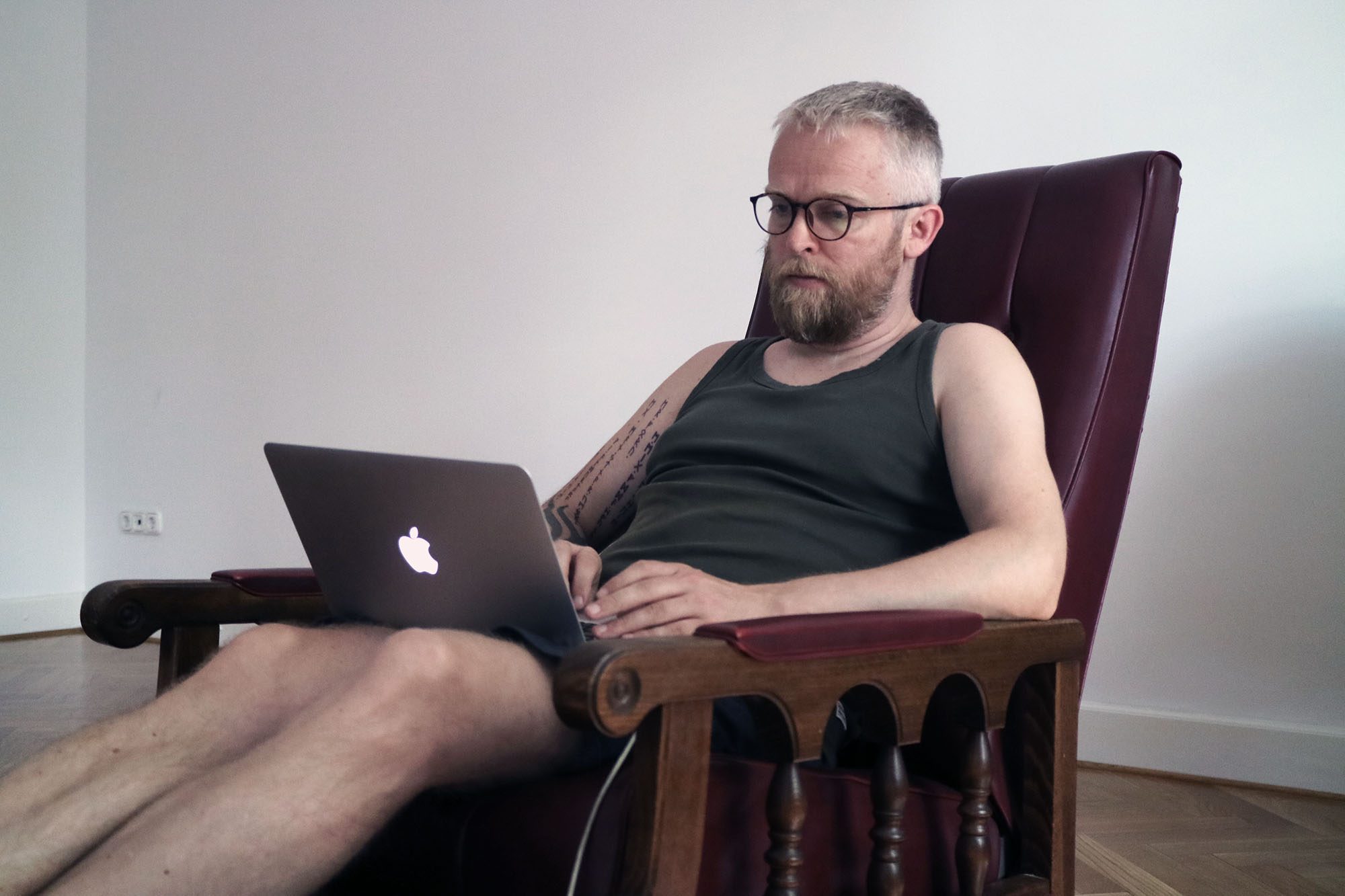 I finished the book in August 2015, and it was an incredible feeling for a few days. My feet barely touched the ground – I had finished a book! And then I decided to read it.

I probably had a nervous breakdown or something, because I was convinced that I had written the worst book ever. After two days of extreme self-pity and melancholy, I managed to draw together the willpower to do something. So I sent it to a few writer friends I know.

My first reply came within 24 hours and the response was “Wow, I really like it!”

That was surreal. At first I thought he was making fun of me. Then I wondered if I had sent him something else by accident. And it took me a day for my brain to accept the fact that he actually liked it.

The second draft was hard. There was no “flow” or anything, just really tedious, hard work. I really struggled with it. But by the time I had finished the second draft, I had slowly started to accept the book.

I started to send it to lots of different publishers. And I got absolutely no answer. I was happy to finally get a “no”, because it meant that I actually heard back from somebody.

I eventually sent it to somebody who liked it, and they agreed to publish it. I almost didn’t send it to this particular publishing house because I thought they weren’t publishing anymore.

The book will come out later this year, first in Icelandic, and I hope in English after that.